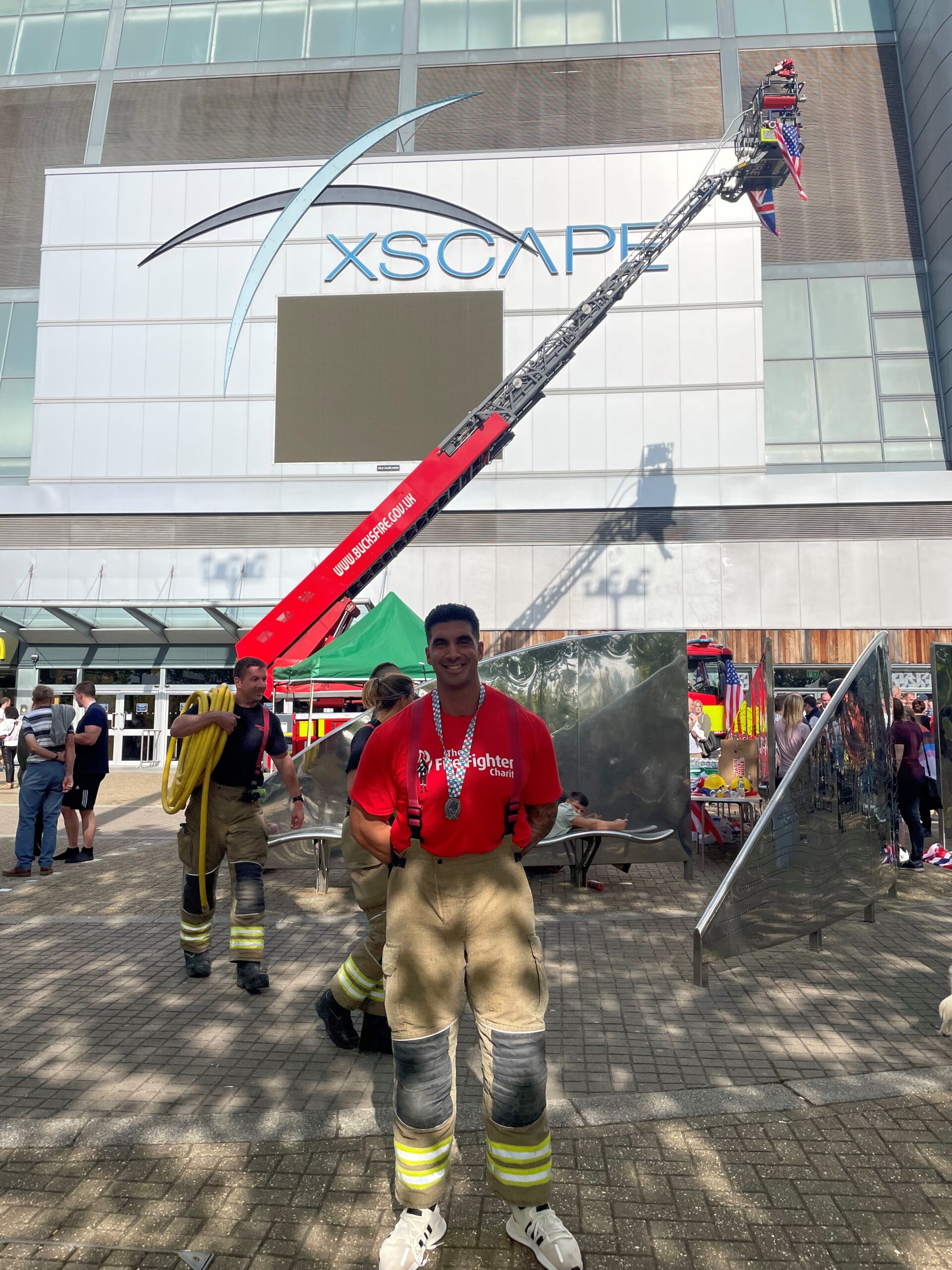 September 11th 2021 marked 20 year since the 911 terror attacks. The people who were affected by this and those who lost their lives were remembered around the world, in Milton Keynes one event being held was by the Firefighters of Broughton fire station who organised a charity run in full kit from their station to the Xscape building marking the distance many firefighters had to run on that fateful day, they would then ascend the Xscape building as the firefighters did at the twin towers in New York.

Fierce Gym supported the event by setting up a drinks station at the halfway point – providing water, pre -workouts and generally supporting those who took part in this event.

Fierce member and Firefighter Johnny Georgiou was one of those taking part and we were sure to grab a picture of Johnny at the end of the run.

Well done to all those who took part and who contributed to this event.